The appropriate modality will be directed by your physician or radiologist, including whether contrast (dye) will be necessary. 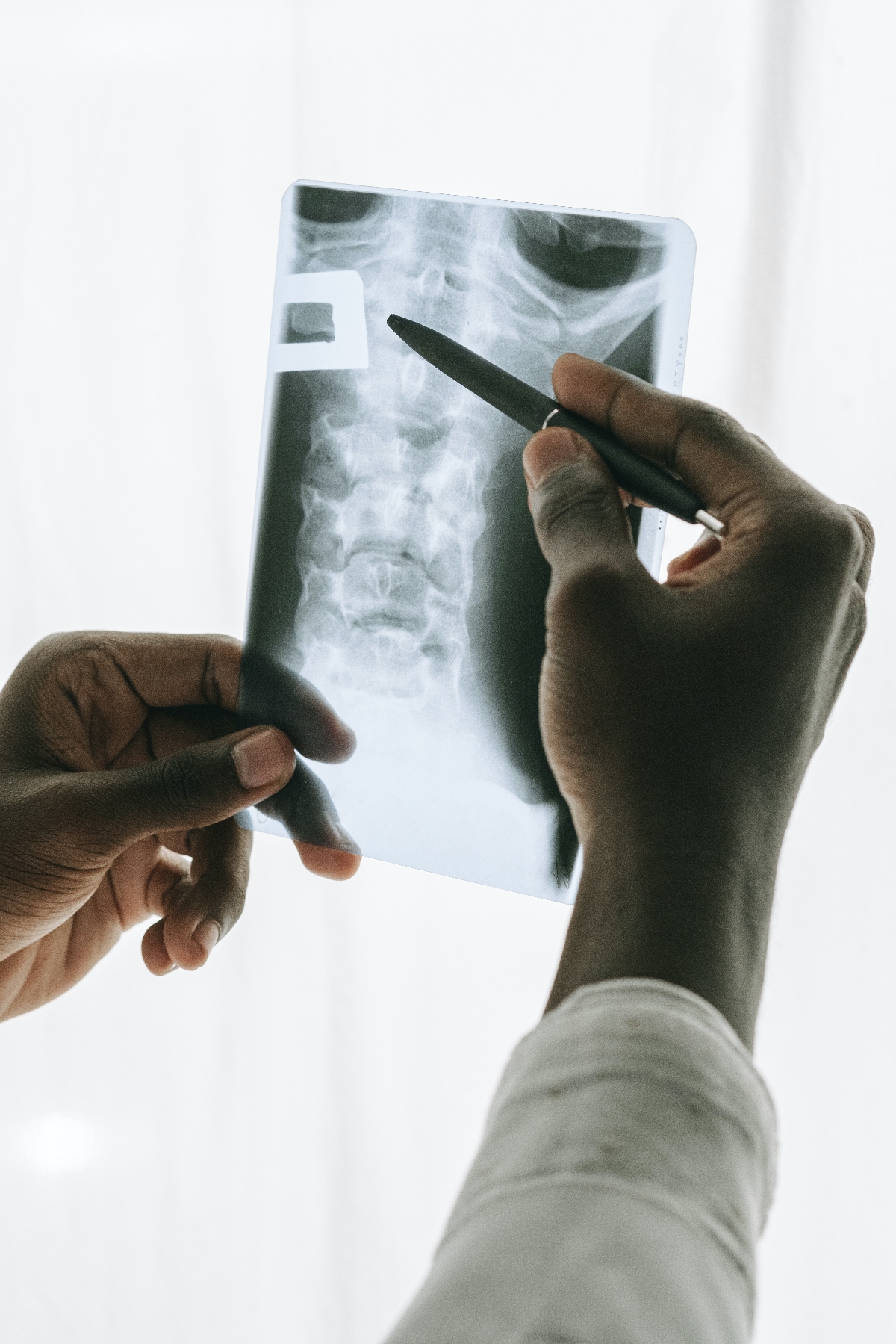 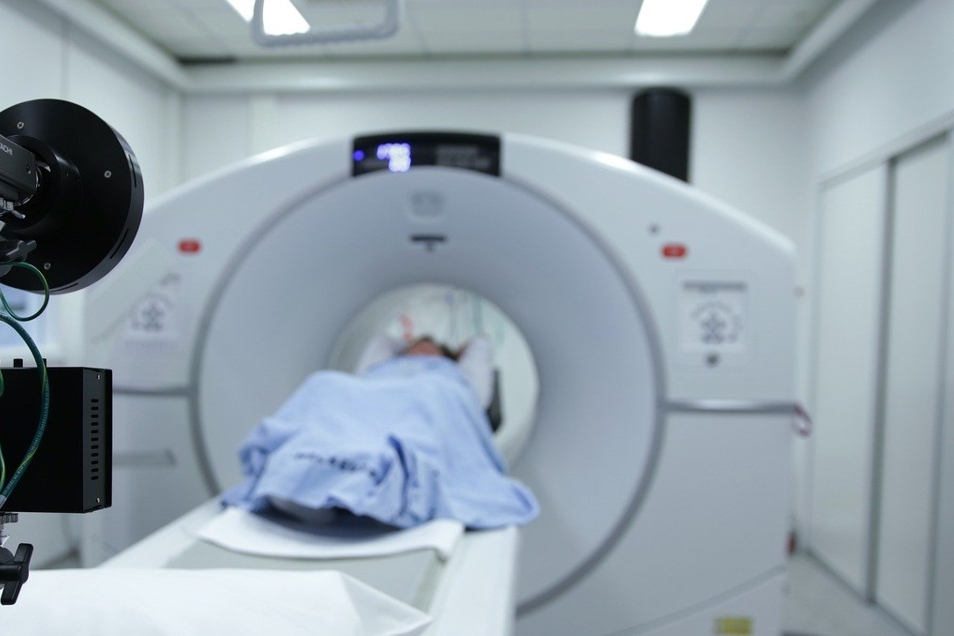 What is an MRI?

An MRI scan (magnetic resonance imaging) is a diagnostic test that creates detailed images of the inside of a body, using a combination of magnets, radio waves, and a computer. This is used to diagnose or investigate problems affecting soft tissue.

MRI contrast or dye is called gadolinium and there is no iodine involved. Contrast is used for a number of reasons, including but not limited to:

The Portal Gravity system is also referred to as “weight-bearing MRI” or “axial-loaded MRI.” Often, back pain is felt solely when standing. This type of MRI simulates the pressure that standing has on the spine while the patient is lying down by applying 50% of their body weight in compression, which can help reveal problems such as bulges and herniation that a typical MRI scan may not detect.

What is a CT scan?

A computerized tomography (CT or CAT scan) is a type of imaging that uses rotating X-ray machines and computers to build a detailed cross-section image of a body. This can be used to show not only bones, but soft tissue and blood vessels. There are many uses, including to diagnose diseases, infections, and other disorders as well as assess injuries.

The contrast, or dye, that some CT scans call for enhances blood vessels and other soft tissue structures. This dye may be taken orally (typically for abdominal and pelvic scans) or intravenously. The IV contrast contains iodine.

What is an X-ray?

X-rays employ electromagnetic waves to send radiation through a body to create images of the inside of the body using contrast. This is also the oldest and most well-known, widely used type of medical imaging. It’s most commonly used to detect bone fractures.

If contrast is needed for an X-ray image, it may be iodine-based, gadolinium, barium sulfate, or a mixture of saline and air. This may be injected intravenously or taken orally.

Steroid or corticosteroid injections are used to treat conditions such as joint pain, arthritis, pain after injury, and more. This is used for temporary pain relief.

Similar to epidural steroid injections, facet joint injections (or facet blocks) are administered into the spine. This minimally invasive procedure may be used to diagnose a problem or relieve pain temporarily.

Pain due to a herniated disc, sciatica, or other issues that can affect all areas of the spine may be treated with epidural steroid injections. While this is a temporary pain relief option, it may last long enough to allow the cause of the pain to heal.

Tendons are fibers that connect bone and muscle. Tendonitis is caused when a tendon becomes inflamed, often due to overuse or injury. An injection of a corticosteroid along with a local anesthetic into the area adjacent to the tendon to relieve pain. Typically, this treatment begins to take effect 5-7 days post-injection.

A transforaminal nerve root block is a minimally invasive procedure given to treat neck and back pain associated with conditions like arthritis, spinal stenosis, and herniated or ruptured discs. An injection of steroid medication the area of the spinal column where the nerve root exits. Patients may find that relief continues months later.

Trigger point injections (TPI) are used to treat what are typically called “knots.” These spots in muscles that won’t relax can sometimes be felt just under the skin and can be incredibly painful, leading to pain in other areas of the body. A TPI involves injecting a corticosteroid into the affected area to relax the trigger point and alleviate pain.

A discogram, or discography, is used to assess a patient’s back pain and may assist in diagnosing a specific area of the spine is to blame.

The spongy cushions between the vertebrae of the spine are called spinal discs. The discogram injects a dye into discs believed to be affected, which can help us see where any damage lies.

If you’ve experienced persistent pain even after other treatments, your doctor may recommend a discogram to gain a clearer picture of the potential issue.

This is an invasive procedure that may take up to an hour, although you may be at the clinic for several hours for observation afterward. You will be awake during the test, but you will receive a sedative to help you feel comfortable. During the procedure, you will be lying on a table on your side or stomach and contrast dye will be injected into the center of the affected disc. If the disc is healthy, you will not feel much discomfort, but if a disc that is causing you pain regularly is injected, you will feel pain similar to what you typically feel on a normal day.

An arthrogram is an imaging test used to inspect a joint for reasons for pain, including tears and other damage.

Contrast dye is injected into the affected joint using a long, thin needle. An X-ray is then taken of the joint in several positions, to get a clear view of possible problems.

Arthrograms are typically used when more detail is needed than a standard X-ray can show. These details include the structure and function of a joint. They may also be used on prosthetic joints.

This outpatient procedure involves first numbing the injection site. If the joint has accumulated any fluid, that will be removed before the contrast dye is injected. Once the dye is injected, the patient is asked to move the joint, to ensure the dye is evenly distributed. Several X-rays are then taken of the joint being held in different positions. The patient typically moves on to an MRI or possibly a CT after the arthrogram.

An advanced magnetic resonance imaging (MRI) technique, diffusion tensor imaging (DTI) is used to more accurately diagnose traumatic brain injury (TBI). This neuroimaging tool is used to detect the white matter fibers of the brain, which provide pathways to connect different areas of the brain. With DTI, this matter is imaged in more detail in order to measure things such as degree of myelination, fiber orientation, and axonal density. In short, DTI helps reveal details about the brain from a microscopic level.